HISTORY IN A NUT SHELL

According to the historical annals, during the latter half of the 19th century a Burgher national named Brohier had taken the initiative to start a private School in rented bungalow located in close proximity to Holy Cross Church.

In the year 1890, the parish priest of Kalamulla, Kalutara, Rev. Father Wilkinson, who was the first rector baptized this private Institution of Education as Holy Cross English School. Later it was registered as Holy Cross Upper English School by Rev. Father Leo Fernando the founder principal of the present Holy Cross College, who succeeded Rev. Fr. Wilkinson.
Father Leo Fernando, through great effort obtained the assistance of the government for Holy Cross College to function as a semi government school.

Rev. Fr. M. Herel who hailed from Nancy, France became the rector of Holy Cross College for a period of 7 years since 1905. He was succeeded by Rev. Fr. Robert Fernando who was responsible for introducing numerous innovative features to Holy Cross College.

One of the striking achievements during his period was that a pupil of the college emerged as the First on obtaining the best results out of all the entire Common Wealth Countries, in the Cambridge Examination.
Rev. Fr. F.L.Breton assumed duties as the Principal for a period of 3 years from 1918 – 1921 during his tenure of office it was Rev. Father Briton who introduced the Cadet Platoon to Holy Cross College.

Rev. Father Breton was succeeded by Rev. Fr. C.V. Croos who served Holy Cross College for 9 years since 1921. During this period he was successful in expanding the buildings by adding a Science Laboratory and another building to the college. In addition, Holy Cross College was upgraded as a Secondary School during the period.

Rev. Fr. Gaston Chaulieu a French national happened to be the only Principal of Holy Cross College to serve an unbroken period of 16 long years from 1930 – 1946. This era was considered by many as the Golden Era of the Holy Cross College which could be proud of its unique achievements. Construction of new buildings, conducting Inter House Athletic Events and dividing the college into a Girls’ School and a Boy’s School were some of the highlights of this era Students offered both London Matriculation and Chamber of Commerce Examinations. British Governor Sir Edward Stubbs graced the Annual Prize Giving Celebrations of Holy Cross College (1935 – 1936) as the Chief Guest was one of the striking events of this period. Currently Rev.Fr.Carlton De Silva is working as the rector principal of the college.

Rev.Fr.Arthur M. Fernando (1945- 1948) became the first Director of Holy Cross College. During this period, the number of student population was on the increase over 1000 and for the first time students offered University Entrance Examination. Within his administration, in 1947 the college was promoted to one of the First Grade Schools of the Island.

Rev.Fr.Benedict J.C. Pinto (1948-1954): Holding of the National Independence Day Celebrations of Kalutara District Schools on the Grounds of Holy Cross College could be cited as an important and colourful event participated by an unprecedented gathering of distinguished visitors. The First Prime Minister of Independent Sri Lanka, Right Honourable D.S. Senanayake was present to grace the occasion as the Chief Guest. First Governor General of Independent Sri Lanka, Lord Soulbury was the Chief Guest on Glden Jubilee Prize Giving Day Celebrations held in Holy Cross College.

Rev. Fr. Theodor E. Pieris (1954 – 1970) During this period the government was engaged in taking over of Schools, Holy Cross College was allowed to function as a non-fee levying Private School. Banning of Cadet Platoon and the termination of State grants were some of the crises encountered by the college during this period.

Rev. Fr. Themothy Pieris (1970-1973) During this period, Holy Cross College won the Gold Medals as the winners in both Senior and Junior Contests in the All Island English Speech Contests organized by the Department of Education.

Rev. Brother Clinton Perera : (1900– 2000) Expansion of the college play ground, and the construction of four storied building and foundation laying for a five storied building took place during his tenure of office. In addition, the expansion of Laboratory and Library facilities also took place.

Rev. Brother Ranjith Perera: (2004 up to 2009) amidst numerous financial constraints faced by the college Principal and Director of Holy Cross College Rev. Brother. Ranjith Perera has been successful in raising sixty million of the eighty three million spent on the project.. Parents, past pupils and well wishers of Holy College extended their gratitude through numerous contributions for the completion of this massive Auditorium Project. In his selfless endeavour to uplift the college, the parents, past pupils, well wishers and both tutorial and administrative staffs of Holy Cross College have extended their cooperation. Very.Rev.Fr Emmanuel Fernando: was the Rector for a interim period of four months during which time the college went through a transition period.During this period he was able to build a small chapel and introduce a prayer book to inculcate a Eucharistic spirituality to the students.

Rev.Dr.Camillus Fernando(2010-2015):  Since his installation as the rector of the college he has already paid 8 million out of the 23 million debt.Also he has been instrumental in introducing english as the medium of college activities. In accordance with the essence of the Christian faith that all beings are of equal value in the sight of God and makes the child the centre of educational activity. Every child is of equal value in the eyes of the teacher and should be given the education best fitted to foster his development. In tune with these Teachings of the Jesus Christ, a long retinue of educationists of great excellence of Holy Cross College has been engaged in imparting knowledge in every sphere since its humble origins, up to now and for ever through selfless dedication and enthusiasm. Holy Cross College which stands as a beacon on the majestic Holy Cross Hill unique with its own enchanting natures beauty constantly provides its everlasting rays of light on both spiritual and intellectual guidance for the children not only in and around Kalutara but in the rest of the Island as well.

Those who are aspiring to follow the G.C.E. A/L for the academic year 2020 / 2022 at Holy Cross College, Kalutara, should visit the following link and complete the application form. 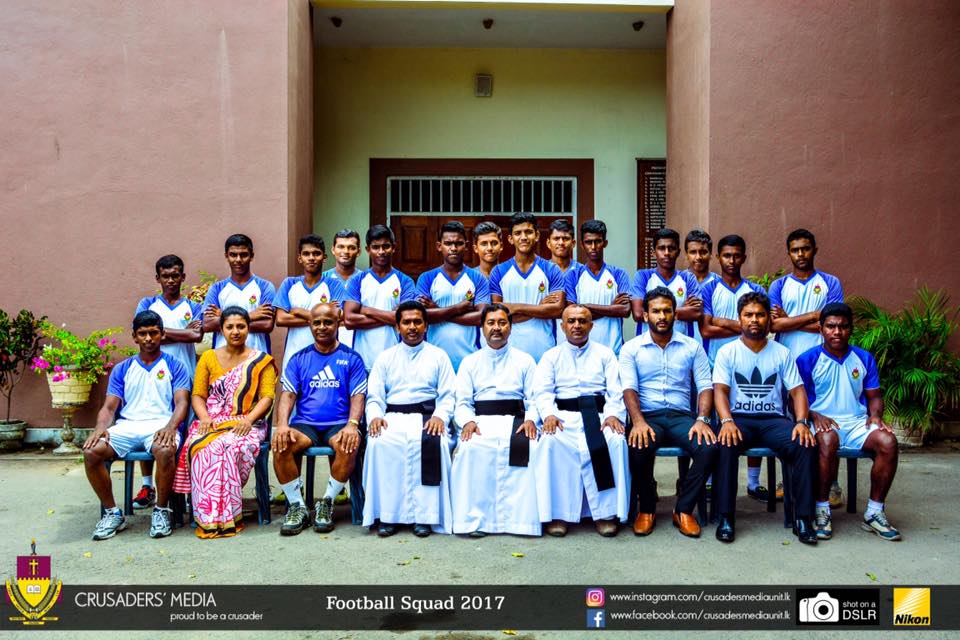